Native Or Cross-Platform? A Developers Perspective On Things To Consider Before Entering The Mobile Market

The Mobile app market is growing exponentially every year. It spreads across many industries, from entertainment to healthcare, manufacturing, e-commerce, and others, attracting billions of users by its simplicity and convenience. To keep up with this wild growth of competition, many businesses decide to advance their services by creating customer-facing mobile apps. If your business is also in need of a mobile application solution, you might be a bit flustered, not knowing where to start. We decided to consult Coherent Solutions’ Vladislav Bakan, Tech Lead on Anytime Fitness, on key things you should find answers for, before entering the mobile market.

The very first thing you should consider is whether there is any need for such an app. For example, developing a mobile app based on your website might be pointless – making the website reactive could already be enough for the users. Then, if you conclude that the app would be cost-efficient, you could do some research on whom you are competing with and aim at developing a better application. 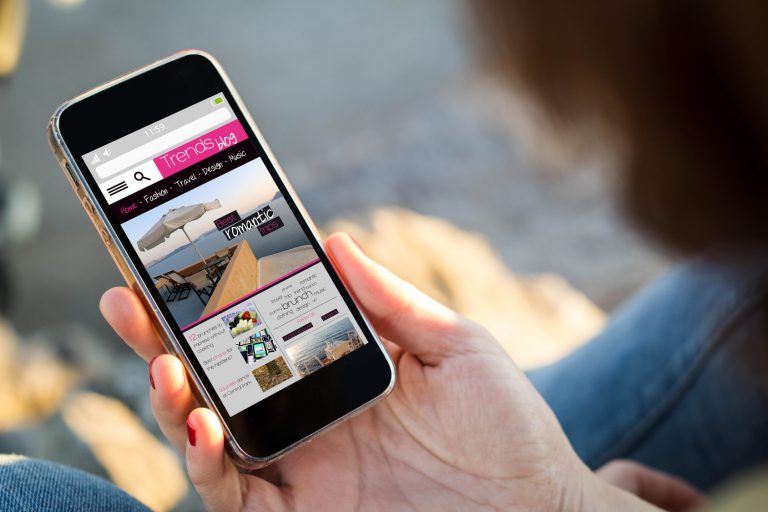 All mobile application development could be divided into two general categories: native and cross-platform.

“Cross-platform mobile app development is a great choice when you need to create something new fast, – says Vladislav. – When developing new software, I would recommend first making a multi-platform app. It would help you find out how useful your idea is and whether consumers are ready to use it. If the feedback is good, you could move on to native development.”

One of the leading frameworks used for developing cross-platform apps for iOS and Android is Xamarin.

“Xamarin is great for making a working prototype in a short period of time, – says Vladislav. – However, after it goes into production, problems could arise that are sometimes impossible to solve because the Xamarin framework adds an additional layer. Microsoft Xamarin developers eventually solve them, but it takes time.”

What is better, iOS or Android? It’s an everlasting question with loyal fans on both sides. As Vladislav says, the fact that these two operational systems appeared on diametrically opposite sides is good: it made the mobile market highly competitive and constantly evolving. Yet over the recent years, they are becoming closer and closer to each other. For example, iOS app development used to be more rigid: it was a closed system that couldn’t be customized. Developing apps for Android, on the other hand, had more freedom and more opportunities for customization.

“Now things are changing, – says Vladislav. – iOS is becoming more open and, consequently, more ‘bugged’ and slow, while Android is turning into a more closed, yet stable, smooth and strong system. Nevertheless, there are still more opportunities in Android, when it comes to customization, and you can get complete control over the device.”

“A big difference is that iOS users are ready to pay, – says Vladislav. – Android users aren’t. They got used to things being this way: a commercial app is released, then somebody develops a similar free app – and everybody moves on to download the free one.”

Also, if you compare the prices of native development vs cross-platform, native is more expensive, both for iOS and Android.

Another crucial question to consider is the cost of the app. According to Vladislav, making a commercial mobile app is justified only when it was preceded by a well-known desktop program. However, most of the time, businesses make their apps free, receiving revenue from in-app purchases. There are also cases when the app is completely free only with the commercial service, and without the service the app is useless. All in all, it’s always better to release an app with at least a free demo version.

Idea. Everything starts with an idea. You work through it, analyze, discuss and decide whether it is viable.

Prototype. At this stage, you could use a cross-platform app development platform, like Xamarin, React Native, or Flutter. Releasing a prototype fast would help you see how cost-efficient this project is.

Two Separate User Interface Designs. At this point, you could create two separate designs for iOS and Android and then start mobile app development. It’s important to make development iterative at this stage. Sprints at least every two weeks would help analyze what users like and don’t like, and thus, avoid many problems.

Testing and Releasing. When planning your testing phase, bear in mind that, within reason, the more types of devices you use for testing the better. Cloud device farms and testing frameworks can be very helpful in ensuring that your app would work across a wide variety of devices and form factors. It is also important to integrate crash reporting tools into your app, so you could fix users’ real-life problems in a timely manner. Also, please, remember that releasing an iOS and an Android app will take different time, since Apple and Google have different procedures for publishing an app.

Analysis of User Response. This stage runs parallel to all the other stages. In fact, the success of a mobile app depends on how quick and flexible the development team is in adjusting to users’ responses. Some of the most popular tools for tracking metrics of user interaction with the app are Google Analytics/Firebase, Appsee and Sensor Tower. Also, regularly responding to users’ reviews, including negative ones, will help you earn their trust and build a circle of loyal customers.

Finally, after the app has been on the market for a while, it would be useful to repeat all the previous stages to work on mistakes.

Apart from Xamarin, which we have already slightly covered, a big trend in cross-platform development is Flutter framework.

“Flutter is a framework that allows you to write code once and deploy to both iOS and Android. It uses native code, – says Vladislav. – This framework is still quite raw since it was released only in December 2018. However, many serious companies, like booking.com and AirBnB, are already trying to write their apps on Flutter.”

Main general trends in mobile are three referred to by three abbreviations: AI, AR, and IoT. 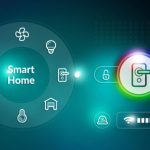 Internet of Things. IoT is about various “smart things”, like tea-kettles or weights, that connect to apps for advanced functions. Mobile apps are a must for them to work. 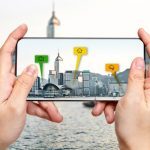 AR (Augmented Reality). AR is not only about entertainment and gamification – it could also be used in business. For example, our engineers have developed a navigation app called “Office Locator”. For the app to work, you just need to turn on your camera and it will navigate you in AR, showing you where to go and turn to find a certain conference room or an employee. 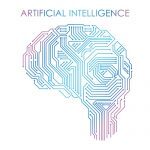 AI (Artificial Intelligence). This is when a smartphone learns some special skill. For example, step and pulse sensors, like FitBit, work on AI: the phone gets used to your movements and tracks it.

HOW CAN WE HELP?

Whether you would like to incorporate some of the trends into your project or develop a more traditional mobile app, Coherent Solutions is here to help. We have worked on many mobile software projects for clients such as CrunchTime, Life Time Fitness, and WEX Health and would be happy to innovate with your business as well!