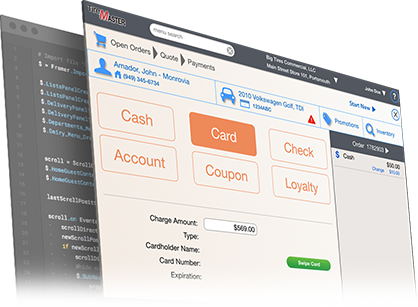 It’s one thing to find an offshore development supplier. But, as Scott Hopkins, Vice President of Operations and Technical Services of ASA Automotive knows, it is quite another to find a software development partner.

“I wasn’t new to offshore development when I started looking for someone to rewrite our system in 2010,” he explained. “I had my share of nightmare stories. I knew we needed more than just a supplier who could remove bugs and take assignments. We needed a partner.”

ASA Automotive had gone through several growth spurts over the years, including acquisitions of other companies that led to variances in their software product offerings. The company sells point-of-sale software on the low end, as well as enterprise wide (supply chain/enterprise resource planning) software to the vertical tire industry, including tire retailers, wholesalers, retreaders and online sellers. By 2010 ASA began modernizing their offerings to provide web-based, software as a service (SaaS), enhancing features and functions while making changes and upgrades much easier for their customers.

“We wanted to leap frog over our competition with technology and features like mobility and simplified, customizable work flow,” said Scott Hopkins.

Meeting the definition of partner

Scott and his team had already worked with some firms they found unsatisfactory. Besides over-promising and under-performing, they found poor English language skills and twelve-hour time differences to be barriers. Eventually they found Coherent Solutions – an American company headquartered in Minneapolis with a large development center in Minsk, Belarus.

Coherent Solutions offered ASA Automotive a high level of skill and experience in the technical stack they needed, good language skills, a seven-hour time difference and most of all, the drive to partner w/ASA. According to Scott that means a commitment to ASA’s success, including investment in Coherent’s own people and processes to understand ASA’s business as well as technical needs.

“Building software is an iterative process,” he said. “We needed a software provider who shared our vision and goals. We weren’t buying cogs for a machine; we were buying the people and resources to build the machine.” 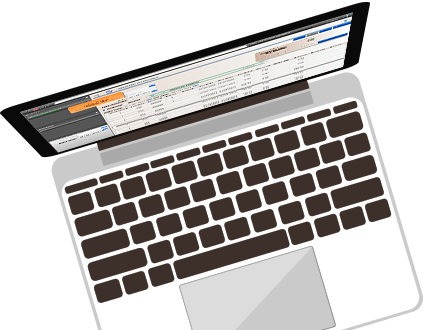 Ability to scale to project needs

ASA found Coherent Solutions’ ability to expand and contract with ASA’s needs a particular benefit. Dima Gorbatenko, a senior Java developer at Coherent, has been on the ASA team from the beginning. He noted that project managers, business analysts and other developers have come and gone as the project required. According to Dima, “With a wide variety of people in various roles, we can make changes at the resource corner of the project management triangle without negatively affecting the project outcome. And as we learned more about ASA’s business, we were able to add value as advisors, not just order-takers.”

For instance, as Dima and his team learned more about how the tire business works, they better understood work flow and were able to advise ASA on features and functions. Thinking through the business logic, Dima’s team reduced steps, eliminated clicks and streamlined the system. With Coherent as a technical partner, ASA completed its new, web-based back office accounting system within three years. “This was good timing for a company our size,” said Scott. “And we made the big leap over our competition that we wanted. Our new Tire Master Enterprise G4 will set the standard for ERP software in the tire industry.”

Coherent continues to evolve the make-up of its ASA team as the client moves into the next phase of its ERP system: point-of-sale. ASA wants this to be fully integrated with the back office piece that is already working in a SaaS model. The look and feel will be the same so that users will move seamlessly and intuitively between functions. A new CRM-like household database is planned. This will replace a more narrowly-focused vehicle database, making customers feel better recognized. A business-rules engine is also in the works. This will help connect customers and their timelines to loyalty programs, marketing campaigns, pricing promotions and more. These upgrades are on schedule to be introduced in the second quarter of 2015.

“We’ve walked over some hot coals together,” summed up Scott Hopkins. “That’s just part of software development. But I can tell you that we didn’t make a mistake choosing Coherent Solutions as a partner. We’re in it together for the long run.”