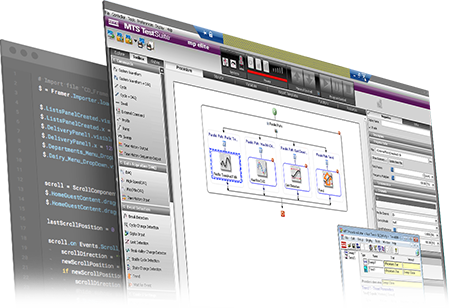 Agile software development requires cross-functional teamwork and constant communication. That’s especially true of the Scrum variation, which emphasizes daily stand-up meetings (the “Scrum”) in which all project team members answer three questions: What have you done since yesterday; What are you planning to do today; and What’s preventing you from accomplishing your goal?

The surest way to gum up the works, say many agile adherents, is by parceling out tasks to globally distributed developers and testers. They claim distributed resources can’t possibly work as closely and collaboratively as co-located team members. Surely time zone, language and cultural differences would stop the Scrum process dead in its tracks.

MTS Software Development Manager Scott Fawcett has news for those who think this way.

Fawcett is in charge of MTS Systems Corporation’s multi-year effort to develop its flagship MTS TestSuite™ materials and component testing software product line. A first release came in on time and budget and was met with enthusiastic customer appreciation. Much of the credit goes to MTS’ industry-leading domain expertise in the science of materials testing and its rigorous embrace of the agile development Scrum process.

According to Fawcett, credit also goes to Coherent Solutions, a technology solutions and outsourcing firm with offices in both Minneapolis and Minsk, Belarus.

“I don’t think we could have done it without them,” Fawcett says. “Working on site and in Minsk, Coherent gave us extra resources that were easy to plug into our Scrum process and the flexibility we needed to respond to changing requirements.” 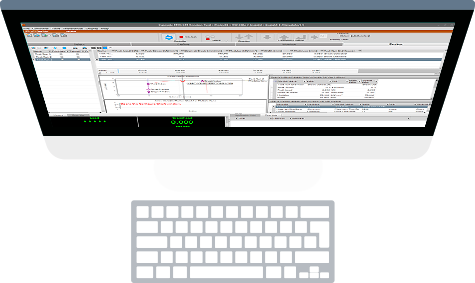 Getting serious about Scrum

MTS has been using the Scrum process on a sporadic basis for about eight years. The new TestSuite project provided a perfect opportunity to “get serious about it and start following all the rules,” Fawcett says.

“This wasn’t the type of project where I could say, ‘It’s going to take 12 months and five people,’ because we knew that requirements were going to change as early as day one,” Fawcett says. “Most processes don’t allow you to take constant changes into account. Scrum does.”

At the same time, Fawcett knew he needed more resources than were available internally, but budget constraints made it impossible to hire local developers and testers. That’s when Fawcett turned to Coherent.

Making it work with global delivery

MTS had worked with Coherent previously and encountered few of the problems associated with global development. But those had all been conventional software development projects. Could Coherent’s Minsk personnel work just as well in an agile Scrum environment?

A couple of other factors played key roles as well. MTS didn’t want to just hand off tasks to anonymous individuals halfway around the world, so it brought the Minsk team members to Minneapolis for several weeks of training on the new product suite. That helped cement the team bond that’s so essential to Scrum.

Not even the time difference was a problem. The Minsk team worked until 11 a.m. local time, which provided a three-hour window for real-time communication, including the all-important daily 9:30 a.m. Scrum. With Asian resources, that window would have been 30 minutes at best. Coherent’s delivery manager, who worked with MTS throughout the course of the project, also ensured that communication didn’t become a problem.

Coherent continues to play a key role in helping ensure that MTS TestSuite releases come in on time and on budget. “Coherent consultants are being treated today as if they are MTS developers and are factored into our scheduled releases going forward,” Fawcett says. “They’ve got the flexible resources we need to succeed in an agile environment.”