What has driven GAFA’s growth? Inspiration, innovation and you

They’re known as GAFA, the acronym used to group Google, Amazon, Facebook and Apple together. Couple them with Microsoft and you have five of the most pioneering, dominant companies in the technology marketplace. They are companies that have literally transcended corporations as we’ve known them in the past and become, as New York Times tech columnist Farhad Manjoo says, “more like governments than companies.”

GAFA and Microsoft are changing the way we live our lives, from the transportation we use and the ways we communicate, to the places and projects we work on. Innovation and new sector growth spurred their development, but what really differentiates these companies is that they focus on more than just sector growth. They focus on you. Today we’re going to take a look at how. 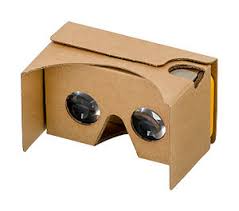 Let’s start with the king of search. In its rise to seeing its name literally become a verb, Google has defined our search expectations and the parameters of what we think should happen when we “Google it.” Google’s constant focus is on recreating their interface to better serve you, while further defining their customer profiling. Their famous “20 percent time,” encouraging employees to take one day a week solely to think about the business, has led to innovations such as Google News and the virtual reality Google Cardboard.

Key acquisitions such as Android, YouTube and the app Waze have further bolstered their technological power, but it’s their large-scale computing solutions — utilizing clusters on their Google Cloud Platform — that are supporting migration, while alleviating bottlenecks and reducing costs.

Amazon has redefined the retail sector, and their innovation has created technologies we love including the Fire, Kindle, Echo and, of course, Alexa.

However, in the technology space Amazon’s true power lies in its Amazon Web Services or AWS. Originally created as a tool to support the rapid growth of the retail operation, AWS is now the world’s most powerful cloud infrastructure solution, accounting for 30 percent of the market and dwarfing the combined efforts of Google, IBM and Microsoft. Today AWS offers well over 100 different cloud computing and storage services, and the solution has made Amazon as prominent a player in the cloud computing space as they are in the retail sector.

Like Google, Facebook has grown to GAFA status through its ability to organize the internet — albeit through social media instead of search. And, like Google, they used this tool to build a dominant advertising platform. Since then, Facebook has made key acquisitions (Instagram) and new innovations (React) with you in mind, but their biggest innovations may be in the realm of open-source data.

Simply put, today Facebook is the world’s largest open-source company, in large part because it can back up its sheer code volume with a gigantic community. The company’s mantra toward open source matches its basic philosophy toward anything else — to share everything. Facebook open sources its hardware, knowledge and software, making it attractive to developers.

Facebook has also paved the way for public profiles, enticing people to offer up tremendous amounts of personal data in a public forum. The subsequent concerns tied to this practice will shape the way we view privacy requirements and standards for years to come.

While other companies on this list have used their market innovation to branch out in their capabilities and explore new fields, Apple has maintained a narrow focus on consumer product design, usability and the overall user experience. From smartphones and wearables to tablets and laptops, Apple’s solutions are consistently at the forefront of innovation. Instead of expanding and trying to play catch-up, they’ve opted to remain in the world they know and set the pace for their competitors.

As the company has innovated, they’ve done so with a closed interaction philosophy — a sharp contrast from Google’s open-door policy. Apple maintains that this philosophy is best for their customers, and throngs of people around the world would agree with them — as long as they continue to master the user experience.

A generation ago, Microsoft probably stood at the forefront of this would-be list. Tech innovations happen fast, however, and now they find themselves looking in on GAFA. But this doesn’t mean they’re out. Not by a long shot.

Microsoft’s name is synonymous with the software used in companies across the nation, with Word and Excel established as benchmark solutions. In addition, their productivity tools and operating system continue to define workplace productivity metrics and Azure — while smaller than AWS — still figures prominently in the marketplace and has bolstered Microsoft’s efforts to grow as a cloud solutions and services company. They have also made key acquisitions — LinkedIn and GitHub — providing them entrance into the worlds of social networking and open source/team collaboration, respectively.

Lastly, Microsoft’s presence in the ever-growing world of gaming solutions is a natural shift for those of us who love to work hard, and play hard, with our tech.

Whether you see them as GAFA and Microsoft or as the Fearsome Five, there’s no denying the prominent role each of these companies plays in every moment of our lives. Innovation is no longer spurred solely by government grants, it comes from private companies, and the future tools we will all use are likely in the R & D labs of these five today.

I, for one, can’t wait to see what they come up with.