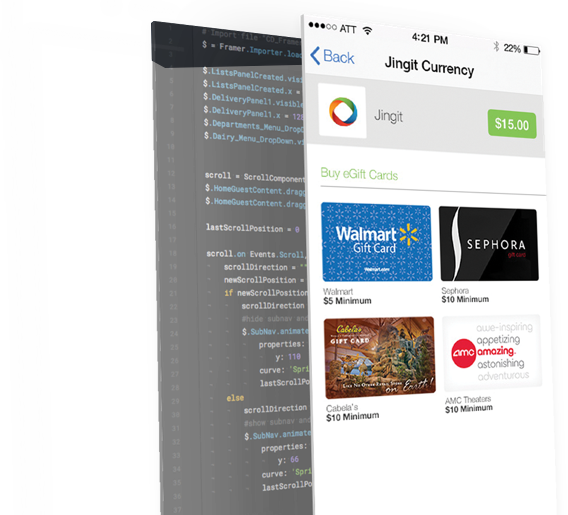 Coherent Solutions has worked with a number of start-ups, but few have garnered the quick publicity that Jingit has. Within a month of launching its first venture, a website at which viewers get paid to watch ads, the company was described as, ” . . . swinging for the fences,” by TECHdotMN and was also profiled in the Twin Cities’ Business Journal’s Innovation column and the Star Tribune Business whiteboard column.

As with many new ventures that receive “quick” recognition, Jingit had been quietly building its business model and web platform for over a year by the time it was recognized in the press. Coherent Solutions was with them shortly after conception, serving as their virtual development department from the U.S and Minsk. Using Amazon’s cloud tools for hosting and development, Jingit and Coherent are able to share everything easily and immediately.

According to Co-CEO and Founder Todd Rooke, Jingit is a, “payment and engagement platform” that, among other things, answers the online need for handling transactions of any size. Its first offering, jingit.com, is a great example. Targeted to 13-25 year-olds, users view online ads and fill out short surveys to earn cash. While individual transactions are minimal – five to fifty cents for a minute or two of time – these amounts are placed into users’ Jingit accounts for online music purchases, or into a Jingit Visa® Debit Card issued by U.S. Bank.

Coherent Solutions’ Michael Kittock, who is the Jingit Delivery Manager, noted that the debit cards appeal to young teens who see the cards not just as cash, but also as status symbols.

Need for speed — and flexibility

While incubating their idea for Jingit, Rooke and his Co-CEO and Founder, Joe Rogness, hired Dave Morehouse as VP of Engineering. Morehouse, in turn, called upon Coherent Solutions to get things started quickly. Having worked with Coherent at his previous employer, Morehouse was familiar and comfortable with Coherent.

"Coherent was the fourth offshore partner at my prior company,” explained Morehouse. “We had run into all the classic problems with other offshore vendors, like trouble communicating and cultural differences. But Coherent’s team in Minsk integrated well with our group here." One way Coherent did that was by speaking up. Developers felt comfortable saying that a particular action might not work, as well as suggesting alternatives. They provide the same level of input today with Morehouse and his Development Lead, Ken Dombeck, at Jingit. Coherent fills out the development team with Kittock as Coherent’s onshore presence, and a team of seven developers and two quality assurance professionals in Coherent’s Minsk development center. Sergey Vologa is the Minsk team lead. He and Ken Dombeck meet daily via Skype.

“We are using an Agile development model, so we’re not working with detailed requirements,” explained Vologa. “As a result, we need a lot of face time. That’s easy with Skype. If needed, I can call in any of my team right then, and Mike or Dave can join us too.”

The team also has a bi-weekly, all-staff scrum of scrums meeting to make sure everything is progressing as expected. Development is still in its early stages, with new features added all the time. Vologa estimates that only 5% of their work is on maintenance right now. Using Java, Spring, Hibernate, Flex 4, Tomcat, MySQL, MongoDB, VoltDB and Google Analytics, the development team has been responsible for everything from the user interface, to the backend Jingit engagement and payment systems.

“We are a technical company,” said CEO Rooke. “But we see Coherent as an integral piece of that. They have talented, empowered engineers who offer their ideas and opinions and are recognized as part of our development team. It’s a good relationship that we intend to continue as we grow and diversify.”

How can we help your business?

Coherent Solutions uses cookies, profiling, and automated data processing to make your browsing experience more personal and convenient. By clicking on the Accept button or by continuing to use this site, you agree to this.
Accept Settings Read More
Privacy & Cookies Policy

Save & Accept
Coherent Solutions is a software product development and consulting company that solves customer business problems by bringing together global expertise, innovation, and creativity.
1.877.502.5619/ Email Us
© 2021 Coherent Solutions