Careful listening pulls a team and a project together

Sometimes delivery management is as much about listening as anything.  Coherent Solutions’ Delivery Manager Renee Pellinger applied her listening skills when she took over a project with Daikin Applied, the systems and controls division of HVAC world leader, Daikin Industries, Ltd. 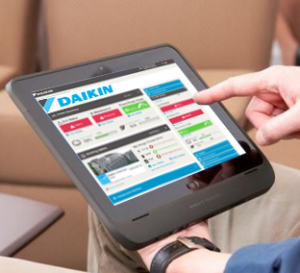 Daikin tapped Coherent Solutions as one of several partners to build a complex, cloud-based control system that brings their rooftop air conditioning units into the Internet of Things. This was a high-value, high-risk product with a tight timeline and lots of moving parts.The Daikin business team had not completed a software development project of this magnitude before, and they had a lot of questions and concerns.

As the onshore delivery manager, Renee’s job is to listen carefully and bridge the gap with relevant, timely information to both the onshore and offshore teams.

Renee worked closely with Daikin to institute processes, including:

This all served to relieve a great deal of pressure on the Daikin Product Manager who was responsible for tracking and reporting the schedule and budget to senior management. With Renee’s oversight, the teams came together and a beta version of Daikin’s Intelligent EquipmentTM launched in early 2015. This was followed by the production release a few months later and after that Coherent Solutions began work on the product’s next release for the fall.